The Hidden Costs of Not Replacing Equipment 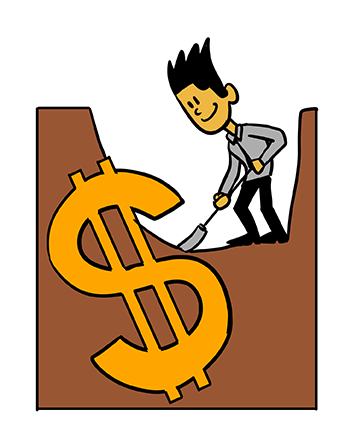 We all know the advantages of updating equipment – increased capacity and capabilities, better performance, take advantage of new features and technology, stay current with competitors, etc.

But let’s go the opposite direction here. What are the costs of NOT updating and replacing equipment? There are several that I can think of, in varying degrees of “obvious-ness”. Let’s look at a few:

This one is somewhat obvious, but older equipment breaks down more than newer equipment does. And, because it’s old equipment, the part needed always has to be ordered. And while you’re waiting for the part to get here and then make a second appointment, your equipment isn’t earning you money. Depending on your business, this could push other jobs out, and that could be a problem as well (think of a seasonal business like a pool installer – backhoe downtime in the spring is very costly.)

There are thousands of studies, books, and seminars that cover the topic of motivating employees. But one of the biggest DE-motivators of employees is old equipment. Especially if they see the competition with shiny new gear.

The troubling part here is employees will never say anything to management. But when they are together in the breakroom, they make fun of the old lathe they nicknamed “Creaky”. And because you encouraged them to read trade publications, they know other companies are using shiny new CNC lathes (nicknamed “FlashByte” or something similar).

Kidding aside, this goes for all equipment. Old equipment does not encourage (or attract) workers, and nor is it as safe as new equipment. We’ll get back to safety in a moment.

A relative of mine recently had a tree guy come out and look at a tree he wanted trimmed. He actually found the tree company’s advertisement on a local eatery’s placemat (see, those things do sometimes work).

But once the truck pulled up, my relative suspected right away he wasn’t hiring him – the tree guy came right from another job in the company dump truck… circa 1987 or so. And it looked like a 33-year old truck too, complete with leaking oil (and that side of my family is full of neat freaks – yes, oil stains on the street in front of the house annoy them).

Fair or not, the tree guy’s truck made a potential customer think his other equipment was old as well, and it made them silently question the company’s finances, do they have adequate insurance, and so on.

That old dump truck not only made a terrible first impression and contributed greatly to the non-hire, but time was wasted as well, because the job was driven too, looked at, quoted, and then went nowhere.

But it doesn’t have to be a truck. Think of a store with old fixtures and shelves. Or your company’s customer waiting room / lobby – how is the furniture looking? And has that sign outside seen better days? These are all somewhat “hidden” costs of old equipment. Because nobody EVER consciously says “I’m not going there because the lobby furniture is old”, but they do notice it, and it shapes their overall impression.

Now I realize there could be a newer business where the owner could only afford a 30-year old truck to start out. There’s nothing wrong with old/used trucks if that’s truly all a company can afford, but there’s also no excuse for a bad first impression. Show up for quotes in a personal car instead, and work on upgrading the older truck once revenues justify doing such (hit two years, and we can help you with that - financing dump trucks is a specialty!)

Old Equipment is Not as Safe

From better brakes, backup cameras, and accident avoidance on newer vehicles to safety interlocks on modern CNC machines that keep doors closed until everything stops, almost all new equipment is superior to old in terms of safety. This could save you from costly accidents and employee downtime, as well as keep your employees happy (employees like safer equipment.)

In the end, there are plenty of benefits to updating equipment, and there are also drawbacks to keeping old equipment instead of replacing it. Again, some are obvious, and some are not so obvious. But they are there, and they cost you money.

Back to Media Center
Equipment Financing 101