The Perils of Blanket Liens (aka: When Ultra-Low Rates Throw a Wet Blanket on Your Finances.) 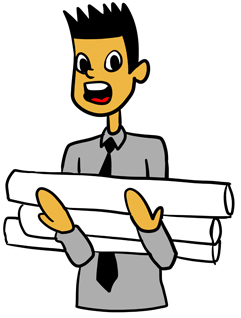 When it comes to loans and business lending, it seems like "rate" is everything.

Really, what is the first thing you see when a lending institution advertises a loan product? The rate. Not the terms, convenience, or anything else. Just the rate. Or let's eavesdrop on two business owners talking about financing at the local Chamber of Commerce meeting: one says "I got a great capital improvement loan from the bank" and the second replies with "what rate are you paying?" Again, rate is all anyone seems to care about.

This is common, and to a person, seems logical. This is probably because when we apply for a loan in our personal life (say for a car, a mortgage, or home improvement), the rate often IS everything.

All else being equal, lower rate = lower payment, and the rest of the details matter very little.

But that changes with business lending. The details often matter MUCH more than the rate. And it's something that more business owners need to educate themselves on. Especially when it comes to a small detail called a "Blanket Lien". As you'll see in the examples and information that follow, a blanket lien can severely limit your future financial options, and even keep you from selling your own equipment. In fact, it can even affect equipment you don't even own yet. Sound surprising? Read on…

Let me give you a quick example of what I'm talking about.
A business - let's call it ABC Enterprises - is growing. They've hired more people, started shipping their products nationwide, and recently dipped their toes into e-commerce. The future looks bright. Really bright.

But, like many businesses, they need an influx of capital to expand. So the owner of ABC goes to the local bank, where he's done business for years. They agree to loan ABC money to expand their building. And they'll do it at a great rate, too. Better than ABC can find anywhere else. Imagine how well the next Chamber of Commerce conversation will go!

But buried in the fine print is a small clause. It's a blanket lien – this means that the bank basically puts a lien on all assets. But ABC is smart. They read the fine print. And after reading it, they gather with their legal team and accountant and discuss it. Two things are noted:

1.     The lawyer mentions it's a fairly standard clause, especially if they want the low rate.

2.     The accountant says it's really only going to matter if ABC defaults. The future looks bright enough that that's very unlikely.

So ABC gets the loan. And the low rate. The blanket lien doesn't matter… Like the accountant said, it's only going to matter if the company defaults. Which isn't happening anytime soon.

Now let's fast forward two years:
Things are great, until the most relied on piece of equipment breaks. It's expensive. And needs to be replaced. ABC goes to the bank, who now says "well, we already have that loan we gave you two years ago – there's still a few years left to pay on that. We can't lend you anything else right now."

So ABC says "ok, no problem – let's go to an equipment financing company – they'll help us."

And yes, the equipment financing company will help. They don't even need any additional collateral (as the new machine itself will do fine for that.)

Except… the new machine will fall under the bank's blanket lien. It can't be used as collateral. The only way the equipment financing company can do the deal is if the bank subordinates the new asset on the blanket lien (that means allow another party to get first in line for that piece of equipment in terms of a lien.)

Uh oh. We already know how that conversation is likely to go, don't we?

Sadly, the preceding happens all the time. As an equipment financing company, we run into this situation quite often – a customer comes to us for equipment financing, we're happy to do it, and the equipment itself can serve as collateral. But the company already has a blanket lien from a previous bank loan, meaning technically, the bank owns all the customer's assets (including the equipment) if any defaulting happens. And we can't do the deal unless the bank relents (and sometimes, there are several blanket liens, all in descending order of priority. If that happens, we have to get everyone to sign off. So even if Bank A says "ok, fine", Bank B can kill the deal. More on multiple blanket liens in a moment.)

Blanket Liens - the What and Why
So what exactly is a blanket lien? Typically, it's when a lending institution (usually a bank) loans a company money, but puts a lien on all of a company's assets (present and future) in the case of default. Many times, it's not even noticed by the borrower (this is especially true with many small businesses, where the owner gets the loan, and an attorney isn't advising him or her.)

But even if the blanket lien IS noticed, it can be explained away with "that's only going to come into play if you default. That's not going to happen, right?" And if the company is strong enough financially, and the future looks bright enough, yes, the likelihood of default is very, very small. So a company thinks very little about the ramifications of a blanket lien.

The thing is, with a blanket lien, the bank technically has first dibs on everything – even future assets, like a new machine. You can't use anything as collateral, or even sell anything, unless the bank signs off on it. Think about that for a second – if your business has a blanket lien because you took a loan for a new building, you can't even sell something else you own outright without the bank's permission. Don't need that old machine anymore and want to sell it on the private-party / secondhand market? Guess again…

Even assets you don't yet own fall under a blanket lien, as in our case above, where a company was looking to finance a machine and use the same machine as the collateral – that will not fly with a blanket lien either. Because as soon as that machine is acquired, the bank says "hey, we have dibs on that too, not the equipment financing company". If the company wants the equipment loan from us, often their only recourse is to pay the bank loan first and free themselves of the (now crippling) blanket lien.

There can even be more than one blanket lien. This happens when Bank A loans money to a company, and puts a blanket lien on everything. They get to take and sell the company's assets if the loan is defaulted on, up until the loan is satisfied. Bank B will also write a loan, and accept second place in line to "all the stuff". And because they are in second place, the rate might be higher. And so on. We've seen companies with up to eight or nine blanket liens.

There is good news
First of all, most blanket liens can be negotiated away prior to the loan being signed, albeit at perhaps a higher rate (see, that super low rate almost always comes with stipulations). Secondly, if you went to a reputable equipment financing company in the first place, the odds of them requiring a blanket lien are very low. This is because they are in the business of small and medium business lending, and look to make things easier for those types of companies. Yes, the rate might be a point or two higher than the bank's advertised rate, but now you know why – they aren't going to stand in your way when you need a loan a year or three from now.

Wrapping this up, now you know the perils of blanket liens, and why you want to avoid them. Yes, that great rate you got might win you points in a conversation, but it's going to be an albatross when you look for any future financing.

Back to Media Center
Restore Sectionl79 Limits Earlier This Year.