Section 179 is Now Permanent – That's Good News, With a Bit of Caution… 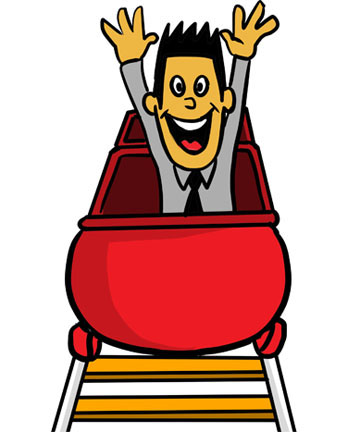 Making Section 179 permanent at $500,000 is excellent news for businesses, who have been frustrated in recent years with the inaction and constant hand-wringing over how much they could claim using Section 179. To give a little insight into this frustration, the Section 179 deduction was $25,000 for almost all of 2014. Then, with little more than two weeks left in the year, congress raised it to $500,000. This left businesses a scant two weeks, smack in the middle of the holiday season, to take advantage of this increase.

So to recap, from 1/1/2014 to 12/31/2015 – one day short of two years' time – small and medium businesses had two short two-week windows to make major purchasing decisions. To give a concrete example with numbers, if a business was waiting to hear about Section 179 news before buying a $200,000 piece of equipment, they had two weeks each December to make that decision (and with no advance warning, either.)

This is what makes the news of Section 179 being permanent so great. Here in January 2016, businesses now know the $500,000 deduction will be there for them in 2016, allowing them more time to make major purchasing decisions. They can shop around, compare, plan, make room for new equipment, line up buyers for their old equipment, etc. No rush at all.

And, as the title of this article suggests, that could be a small problem for some companies.

Too Much Time on My Hands?

There was an interesting phenomenon I experienced in My Toastmasters' club that I'll use as an analogy (in case you don't know, Toastmasters is a public speaking club – they are definitely in your area, so look them up if being a better public speaker interests you).

Anyway, we meet for 2 hours once a month. At each meeting, we have 4-5 speakers. With a decent size club, these "speaking slots" become precious, with a lot of people wanting them – we fill them easily every month, and people who want to speak often get shut out, sometimes for months at a time.

Know what happened? Right away, we not only couldn't fill the speaking slots, but attendance dived too. It almost destroyed our club. We scrapped the second meeting, and all of a sudden, things were back to normal – attendance rose, and people started clawing and climbing over each other (not really) to get speaking slots.

So what happened? Why did the speaking slots go unfilled when we added more?

Clearly, it was because the sense of urgency was gone. If you didn't raise your hand to speak at meeting one, you always had meeting two. In fact, people starting "planning" to speak "at the other meeting" (which then never happened either.) It was evident that speaking slots simply weren't seen as special or valuable anymore, which made it very easy to put off your speech until next time, which bled into next time again, and so on.

And that's what I wanted to touch on with this article. Now that companies have an unlimited timeframe for Section 179, it becomes very easy to lose the sense of urgency and let needed equipment purchases slide "until next year / when sales get better / after the holidays / etc."

Don't get me wrong – taking a little time is ok. As I mentioned earlier, shopping around, comparing models, etc. – that's all good, and much better than the "two week rush" we've been subjected to the past two years. But taking too much time can hurt your company. The fear of Section 179 "expiring" often drove larger equipment purchases.

Previous to 2014 and 2015, Section 179 was usually raised earlier in the year, which gave businesses ample time to make decisions, but also kept a sense of urgency. You had several months until the year ended, giving time to shop around, but with a definitive line in the sand. Now that's gone.

Of course, there is still the existing deadline of the tax year. If you want to claim your purchase on your 2016 taxes, the equipment must be purchased and put into service by midnight 12/31/2016. That's a definite purchase driver, and I think we'll still see the end of the year buying spree to some degree.

But with that big fear of "is the big six-figure deduction going to be there next year" being removed, I hope companies don't put off the larger purchases too long – there's something to be said about being forced to spend on new equipment. It makes you more competitive now, which is never a bad thing.

Section 179 was always meant to spur spending. It's permanent for the foreseeable future, so use it as often as you can.